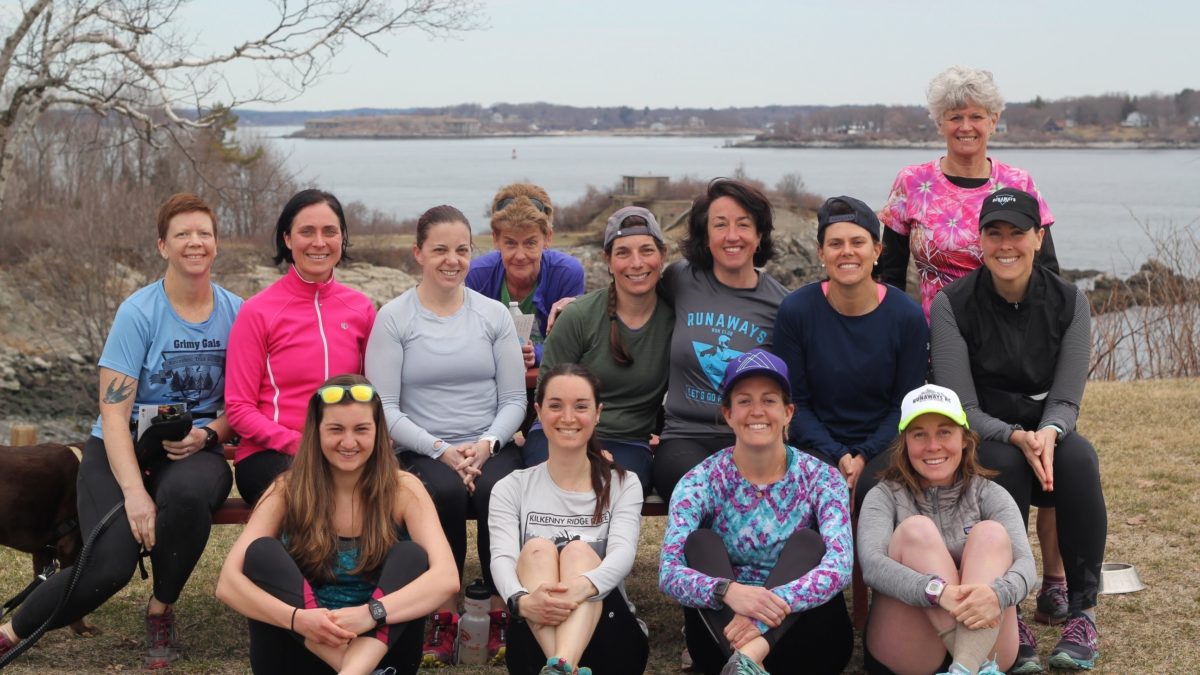 We all have our own personal story about how we started running. For some it was for competitive sports, others for a healthy lifestyle, and some for no reason other than the love of it. No matter how we came to find running, most of us can agree the community we found through it is just another benefit. As a female runner, it can be difficult to find your place in the sport, as it is with many other things. For many of us, women competing in the running world was normalized within our lifetimes, however, even with the progress made and the information available, there are still misconceptions about what it means to be a woman who runs – even further, there are various safety concerns. As women runners, we run the risk of harassment for running in public fully clothed and in sports bras. We face judgment, as the athletic community struggles to redefine what it means to be a runner – and what that physically looks like, especially for women.

Here to talk about some of their experiences are some of the women from Maine’s running community. All have different running styles, speeds and each with their own reasons for lacing up every day, but what they do have in common is their love for this sport and their passion for empowering other women through it.

1. From a social/community perspective, why do you believe athletics (running, lifting, yoga, etc.) are important for women of all ages?

Acadia Gantz: Athletics are an incredible way for women to find their power. When women learn through doing that they are capable of running a new distance, or lifting a new weight or twisting their body into a new yoga pose, they also learn they are capable of standing up for themselves, and their communities. Empowered women are not only stronger community members, but they are stronger mothers. They will raise empowered children (whether their own or the children in their communities), and will empower their friends. This has a huge domino effect on the society in which we live.

Hannah Johnston: Exercise is important for people of all ages and genders; it helps with your physical health and mental health. However, specifically for women, I think exercise is important because we place such high expectations on ourselves. We want to be career women, wives, mothers, friends, “domestic goddess” etc. Because of these expectations, it’s easy for time to get away from you and for life to feel chaotic. For me, if I don’t have time to be active that’s a signal I have taken on too much. Athletics are also important for younger women and girls. It can build confidence, teach coordination skills and it shows girls and young women how to support and celebrate each other. This then translates into better personal and professional relationships.

Mari Balow: Running, lifting, yoga, and physical endeavor is important for women of all ages, because men grow up with the ingrained understanding that they are strong. Lifting, sports, rough-housing and all manner of physical endeavors are a given. You sweat hard, you eat and drink a lot and it’s ok! Not always so for girls and women, who often are referred to as tom-boys, or other typically masculine terminology if they are physically front and center. The divorce of food from fuel is poisonous and happens so early. The subtle messages are everywhere, and serve to keep women in a state of delicacy and fragility that does not serve them. A strong, physically capable body empowers a person with a sense of control and confidence, which is self-knowledge and freedom. It’s not even about how much you can lift, or how fast you can run, it’s a question of knowing your own limits and how to challenge them.

2. How has the Maine women’s running community positively impacted you? And how did you start running with the group(s)?

Acadia Gantz: The Maine running community is unlike any I have ever experienced. All of my closest friends have been made through running and I have built a community that has made Maine my home. I initially met some of the Maine runners through the various Portland based groups and then launched Run For The Hills Run Club in April of 2018 to bring a running group to Western Maine, and that group is where I have met many of my running friends.

Hannah Johnston: I found Runaways Run Club (RRC) on Facebook and began running with them around October 2017.  My first RRC run was a Wednesday night pub run from Bissell Brothers. I went alone, as I didn’t have many run friends at the time, and I was nervous. Like many people, I don’t like doing things alone. However, it was such a memorable experience that it’s kept me coming back now for nearly three years. For me, I’ve always been competitive and in the past, this hasn’t helped me make friends in sports. Honestly, it was running with the women in Trail Sisters Portland and RRC that helped me temper my competitiveness. Here, you are appreciated for your participation and spirit – not your speed.

3. What do you think is an important message for other female runners?

Acadia Gantz: I am super passionate about removing the stigma of exercise in pregnancy! We have been told as women for many years we shouldn’t exercise and one place stigma is still prevalent is during pregnancy. However, research is showing that exercise during low-risk pregnancy is not only safe, but healthy and beneficial for both the birthing person and the baby. We need to stand together as women to change the story and stop shaming each other.

Mari Balow: There’s no question that a strong, physically capable body boosts confidence on both the conscious and subconscious level – offering a form of equality that’s priceless. Running offers this boost of confidence to women as a way to really understand your own ability to accomplish fucking hard things. And, of course, there’s the multiplicity of physical and mental benefits including stronger muscles, bones, better balance, a healthier mental state and so much more.

4. What is a favorite running story or experience you’ve had?

Hannah Johnston: Along with Runaways, running is something I do to bond with my family. Both my sisters are big runners, and even though we live in different parts of the country, our running connects us. When we go on vacation, one of the events that I look forward to the most is our long run. We always make them adventure runs. On our latest trip we ran on the Railway Trail in Bermuda. We have also run in Paris, Hyde Park in London, Central Park in NYC and dirt roads in Vermont.