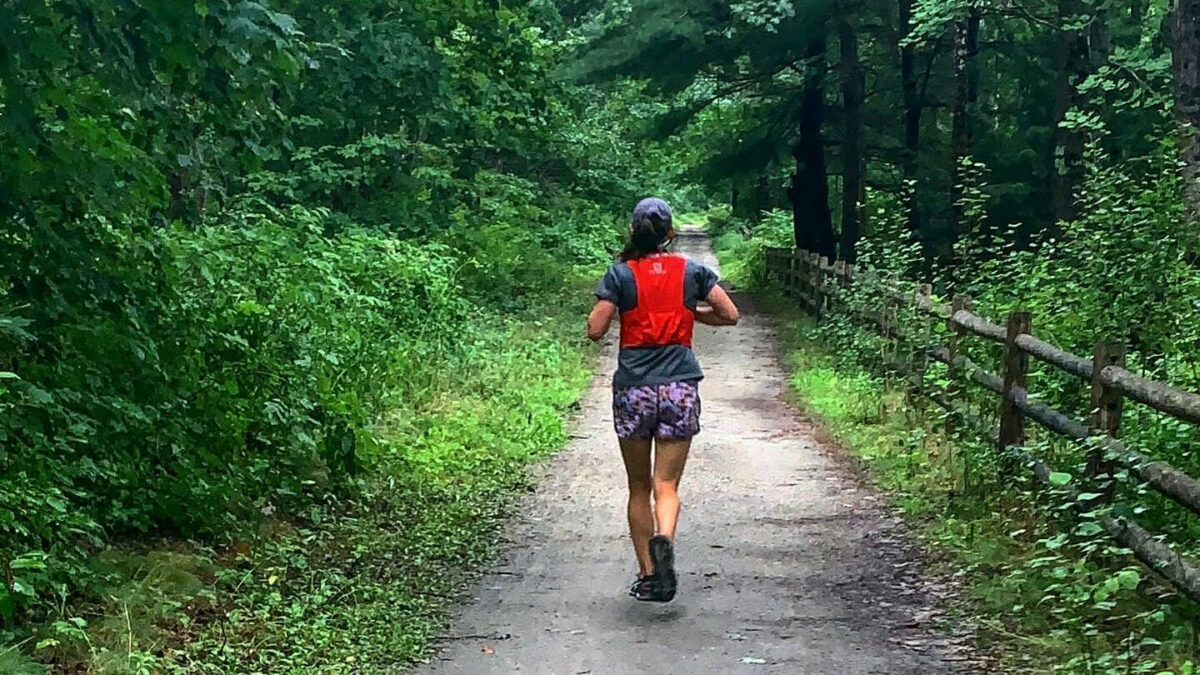 Knowing When to Drop Out a.k.a. Tuning In

Like so many other runners, 2020 put a hard stop to any goals I had for potential races. As a runner very new to the ultra-running scene (and running in general), I felt the inevitable letdown of “well, now what?” I was trained. I was running volumes and speeds I hadn’t achieved before, and I was anxious to test myself. So I ran a few virtual races and set my own challenges. First up a 55k in April of 2020. I ran it in under five hours. Two weeks later I was in physical therapy for a hip flexor injury.

Fast-forward to August 2020. I had fully recovered and was training again and, with the blessing of my physical therapist, I ran my first 100k. Afterwards, I wouldn’t run more than five miles for nearly two months and spent nearly a month walking in a boot with an ankle injury. I again recovered quickly, and in January 2021, with the blessing of my PT (sound familiar?) and armed with a new training plan, I set out to prepare for my first 100 miler. Three months later, and three weeks before race day, I dropped out, this time with a possible stress fracture.

The initial x-ray revealed that the femur in question was still solidly in place, with no apparent fracture. And yet…pain and discomfort reigned supreme on nearly every run. I changed sneakers, took rest days, took rest weeks, ran only trails. And yet…one morning I could barely walk. Multiple nights it hurt while sleeping. A few days it kept me from even short walks with my dogs. However, since I had been told there was nothing “technically wrong” and that I could keep training, I tried pushing through and continuing on. Everyone understands that training is supposed to be hard. That grinding it out gets you to the starting line, and hopefully, to the finish line, as well. But, three weeks later while visiting family in Vermont, I had a panic attack two miles into a four mile trail run – my leg hurt and I couldn’t breathe. I stopped and told my husband running wasn’t fun anymore. My training, subsequent injury and attempt to push through had landed me in a spot where I woke up dreading my run every day. How much would it hurt? Was I making things worse? Would I end up in a cast? Could I breathe through the pain? Will I make it to race day?

From that moment, it seemed clear that I was done training, and that 2021 would not be my year to attempt the 100. When you’ve been X-rayed three times in eight months and have been to physical therapy for four different injuries in less than two years, it’s time to heed the signs. The body has its limits and it tells you when it’s reached them.

This isn’t to say I won’t have my day with the 100-miler, or that I’m swearing off races all together. Quite the opposite, actually. I had some of the best times training for this 100-miler, until it became about forcing my body to do something potentially more damaging and forcing myself to ignore my body’s messages. I’ve simply had a change in approach – from a race first mindset to running first. If my current approach to training isn’t working for me physically, then why punish myself further? What’s the point of training and racing at all if it’s not fun anymore and it prohibits you from healthy running long-term? Training is supposed to be hard. Races are supposed to be hard, but part of trusting the process is also trusting your body when it’s simply not ready, and not internalizing it as a failure. Easier said than done.

Racing gets all the focus as the measuring stick, the pinnacle of achievement, and challenge, for a runner, but running is so much more than training and racing. For me, running means early mornings in quiet neighborhoods, sunrises and sunsets over smooth oceans and rocky coastlines. It means trekking through misty, dew covered fields. It means playtime with my dogs, as they search out every mud puddle to splash through. It means date nights (and mornings) with my husband. It means having long conversations with training partners on four-hour Saturday morning runs. It means getting skilled at peeing outside and having designated bathroom spots along every route. It’s the sound of my feet connecting with the earth. It’s my favorite way to see the world. It’s why I’m okay with dropping out.

I race for the challenge, for the experience, but I run for the joy and the memories, and the latter definitely trumps the former. Sometimes the greatest challenge a runner can face is knowing when to drop out – to respect your limits is an achievement itself.